The All-Importance of Income Elasticity (Illustrated with Automotive Example)

Income elasticity is one of the most important concepts in strategic planning. Yet few companies or executives use them systematically.

Tellusant’s view: If a company starts to apply income elasticities to expected income income growth when predicting the future, it can cut resource allocation mistakes in half. 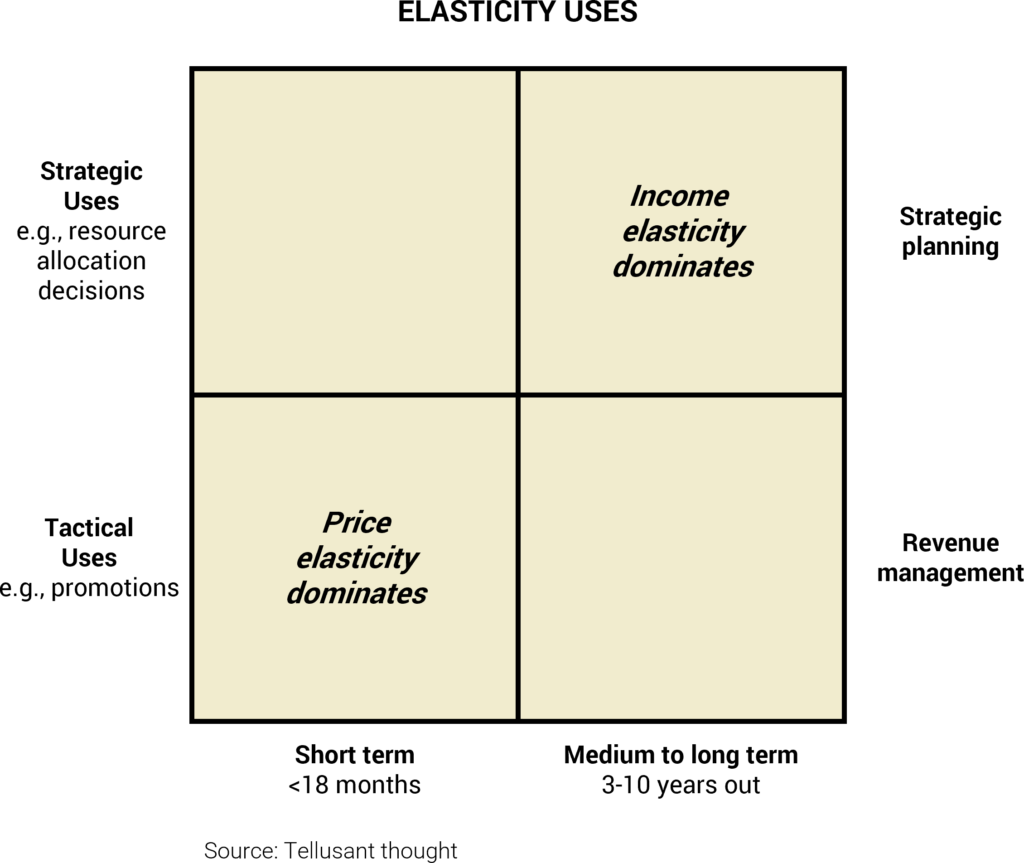 A few years ago the following happened: In an ExCom meeting in Latin America, we were discussing the income elasticity for a beverage category. Suddenly, an executive jumped in:

— Executive: I don’t get it. Elasticities are negative numbers. But yours are positive. Have you missed the minus sign?

— Dr. Canback: We are talking about income elasticity, not price elasticity.

— Executive, now totally confused: But elasticities deal with prices. What are you talking about?

It is an understandable predicament. If you are used to looking at the world through one lens, making a sudden shift is difficult.

Elasticity is the relative change in a metric (like demand) when something else changes (like income or price). There are thousands of different types of elasticities. For income elasticity: how much does demand go up (in %) if disposable income increases (in %).

Depending on the income level in a country, this elasticity varies widely. Look at the graph below for car penetration. Consumers are most responsive at a disposable income per capita of around $8,000 where the elasticity is above 2. That is, if income goes up 1% car penetration increases 2%. 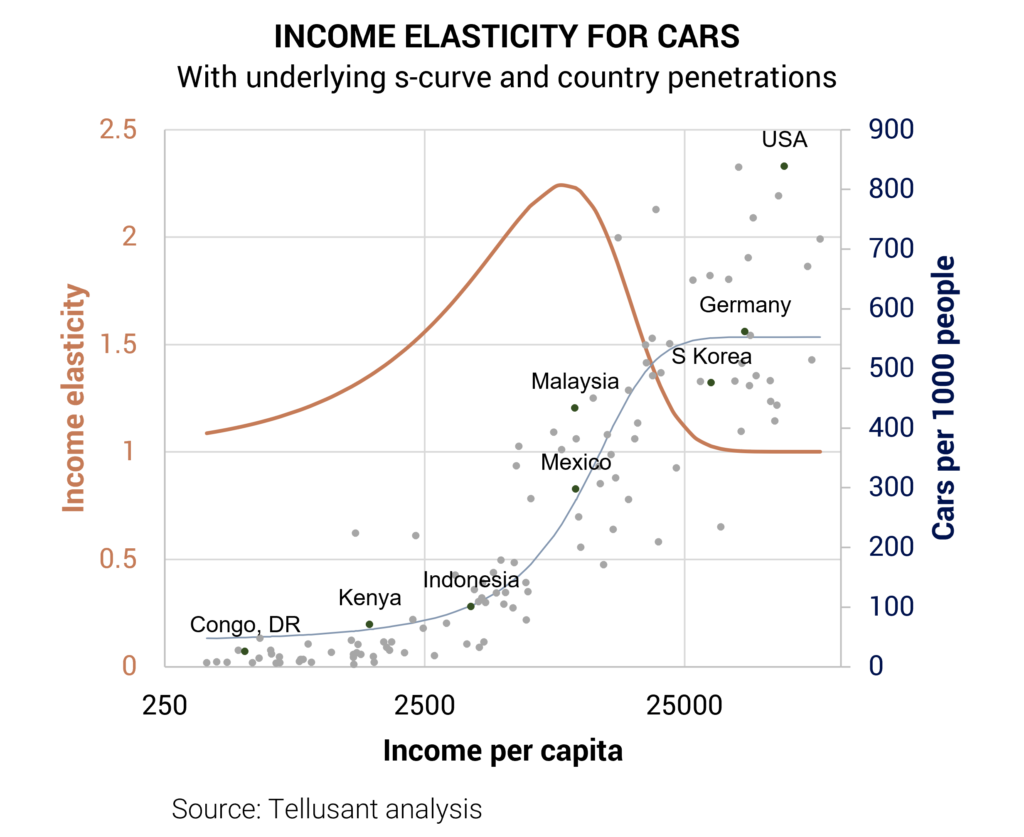 Also, note that income elasticity is related to demand s-curves. (In the case shown here, it is car penetration, not new car sales, so the math is a bit more complicated than usual.)

This is an immensely useful property if price elasticities are not available (e.g., when data are missing). To understand why, look at Marshall’s Homogeneity Condition. 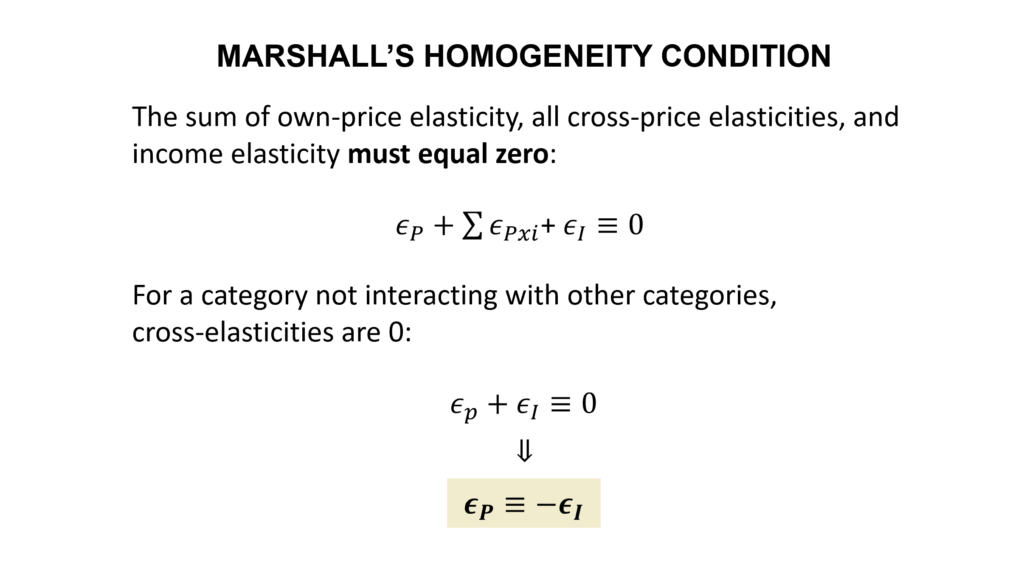 The legendary economist Alfred Marshall noted more than 100 years ago that if income increases x% and price also increases x%, then there should be no change in demand (as common sense tells us). This is Marshall’s homogeneity condition. From this follows price elasticity ≡ – income elasticity, as seen in the graph above.

Income elasticity (combined with income growth) is the single most important factor that determines medium- to long-term category demand. Yet few companies or executives know what it is. This has to be corrected.

To learn more, contact us by filling out this online form.