The October 2022 World Economic Outlook by the the IMF is out. Headline: soft 2023 but no need to panic. Here is a summary of the expected 5-year average growth by region and major economies. 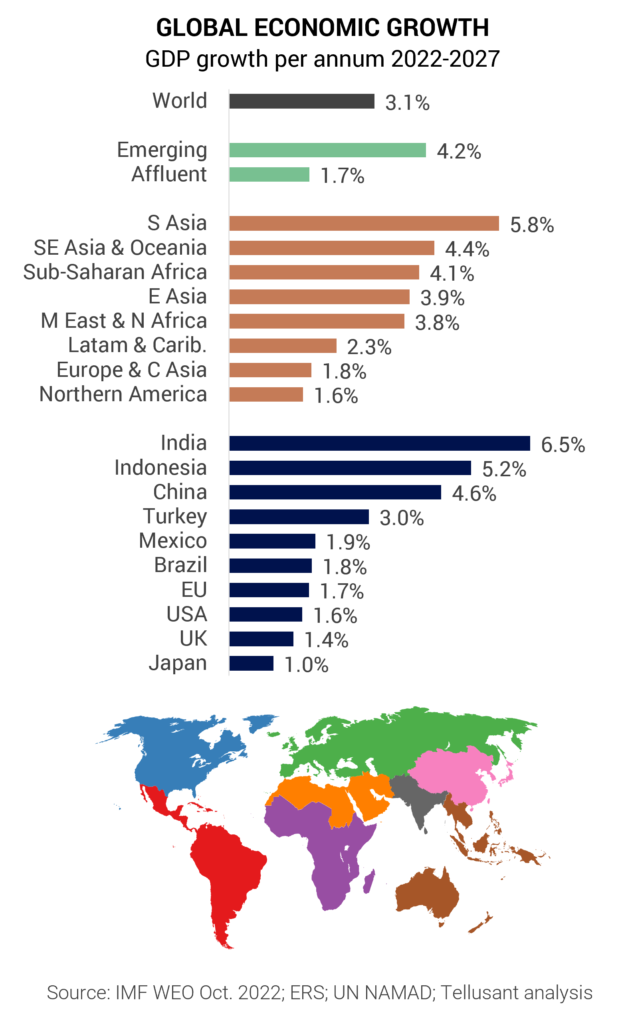 Still, while the world economy has weakened, it is far from a global recession (which has only happened twice since 1970: in 2009 and 2020). Only 7 of 213 countries in our data set look to be in recession next year, based on the IMF numbers¹:

How reliable is IMF’s WEO? In general, highly. The one miss was the Great Recession in 2009 (and the covid recession in 2020, but that was not forecastable).

How does 2023 expected global economic growth compare to earlier years? The graph below shows the distribution of global GDP growth rates for 53 years: 1970-2023.² Rather than looking at total GDP growth, GDP / working-age population growth is used.³ 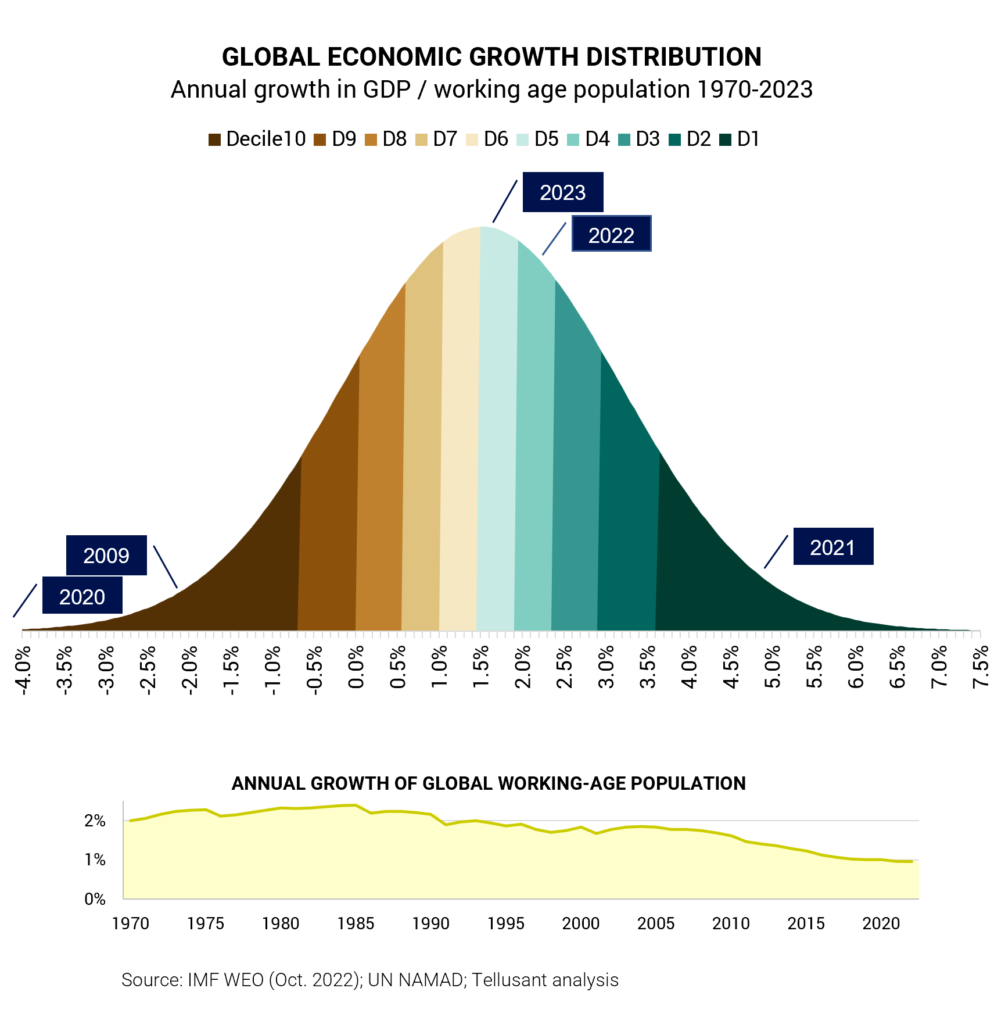 2023 is expected to be a 5th decile year with a growth of 1.7%, as the IMF forecast currently stands.

Thus, the global economy in 2023 is an average year. Gloom is warranted, but not doom, globally speaking.

Our perspective, based on current IMF data, is that we will have a soft economic year in 2023, but not a recession expect in a few countries. CEO’s and their senior teams need to build flexibility into their plans, but the base cases should not be too pessimistic.

An update is due from the IMF in January 2023. The analysis will be updated then.

² The underlying data show no signs of skewness or kurtosis, so a Gaussian curve is appropriate.